A Mexican Grill has opened in a nearby city, it looks rather fancy. It is called Qdoba. We have not eaten there, but I do like the artwork on their outside walls. Have you eaten at a Qdoba,and if so, how did you like it? 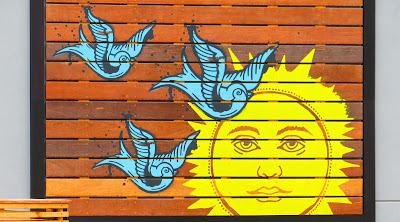 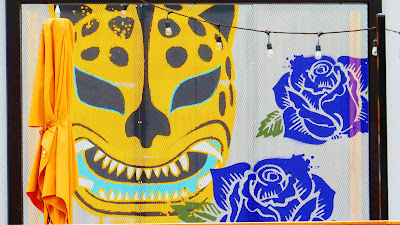 I read that the word “Qdoba” is a made up name that was invented by an ad agency. If true, that would make the word quite meaningless.

“I have seen all the things that are done under the sun; all of them are meaningless, a chasing after the wind.”

There is no Mexican restaurant here, so I have not tasted Mexican food yet.

I've never heard of them so I don't think there are any in this area. I like the artwork though.

Yes, there is one very close to me. I liked their food.

It is certainly bright and colourful

We have them here. They are pretty good! Fast food Mexican food.

The name is made up? Weird. Ad agencies also made up Betty Crocker and Mrs. Butterworth (which you can tell because she is made out of plastic).

There are several around town but I've never eaten there or heard any comments. Let us know if you give it a try. To answer your questions on my blog: We live right in town but there are woods behind our house where wildlife seems to love visiting. Our health is good and we are grateful. I just don't blog as much as I used to.

Love it! Grand girls like it too! My favorite the chips loaded with lots of toppings-no meat for me!! Yummmmm!
Youngest grand girl loves the burrito type thing loaded with toppings also! Good Mexican food!!! Not like in Texas of course!!!

You find some of the most interesting things. I must live in a dull area. I love Mexican food, but never heard of this one. HOPE YOU ARE HAVING A GOOD DAY.

I like the name and painting - but I have never seen one before. sandie

never heard of this one, I checked our area and there are 2 that are 26 mile from us, up by Tampa. we have nice Mexican foods here or so I have been told, bob will not eat it or Chinese.

Great artwork but not familiar with that name.

Pulling out of a parking lot, we spotted this car in a parking space. I was glad I had my camera. I have never seen one like it. I wonder i... 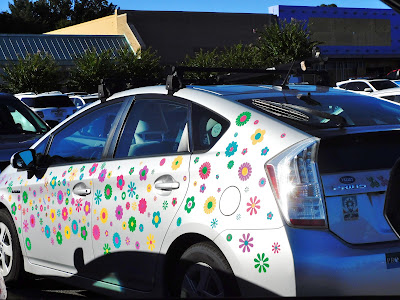