Yesterday when I was off from blogging, we were with our granddaughters. In the morning we went to Dara's last soccer game of the season. The weather was gorgeous! In just the few minutes it took to drive there, here is what we passed. 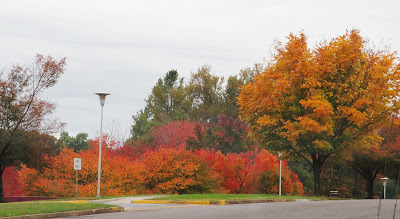 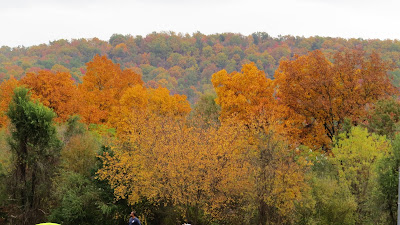 The soccer field itself was even pretty. 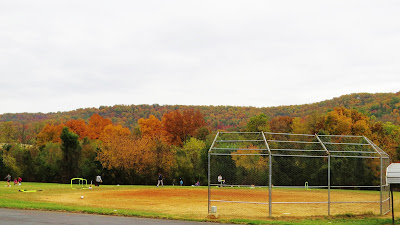 It was chilly though. The spectators were bundled up. 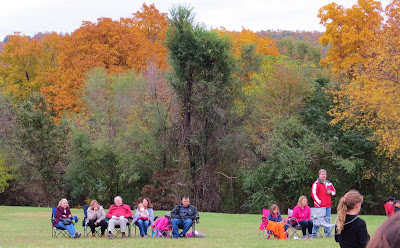 Dara's little sister Jazz was there. 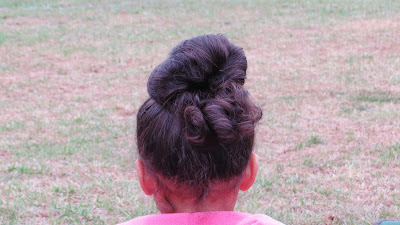 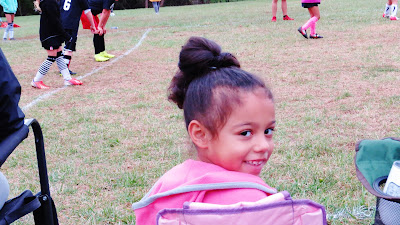 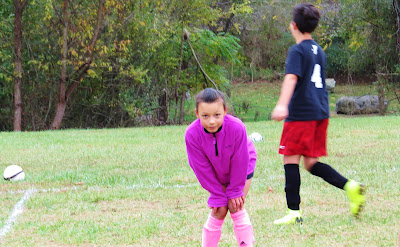 Awards & gift bags were given out! 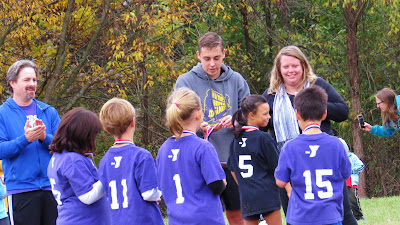 Her sisters congratulated her. 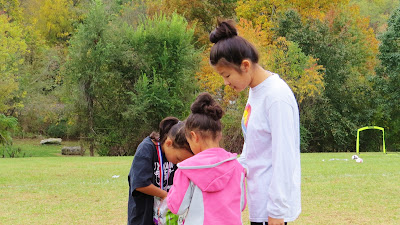 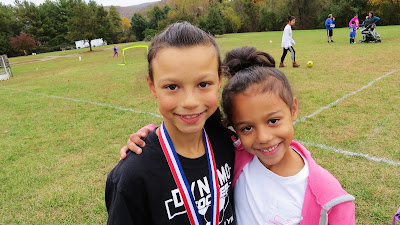 And so did we! We told her we would see her a bit later. What we did then will be in part 2! 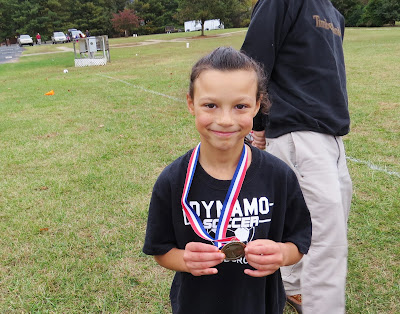 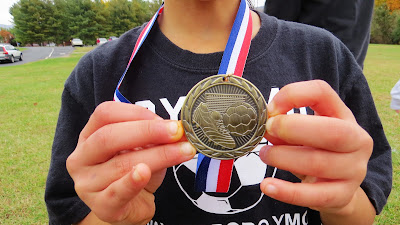 The rules of soccer are very simple, basically it is this:  if it moves, kick it.  If it doesn't move, kick it until it does.
~Phil Woosnam

I like that soccer quote.
Love the girls and their hair.
And what beauty you have around you!
Thank, sandie

The foliage is gorgeous.So glad you are able to support your granddaughters in this way.

Hi Ginny what a wonderful time with your grand daughters,the trees look so pretty and its fun watching the kiddies play sport xx

Looks like fall is in full swing there. It's really pretty.
Love that quote about soccer at the end.

What a wonderful day this was... and sonmuch beauty. Love all the color.

Wow,you have such a beautiful Fall there, those trees looks amazing! Abd the girls are so so cute abd beautiful ☺

each time I see new photos of all 3 girls I can't believe how much they have grown, you have 3 beautiful granddaughters and they are also talented. the colors of the trees are magnificent!

Fantastic! I love the Autumn scenes, but the one I favor is of your granddaughter turning to face you. It speaks volumes.

You passed some gorgeous autumn colors on yur way to the soccer game. It was good to see Daa's sisters supporting her.

Gorgeous trees and lovely granddaughters. Your are blessed to live in a beautiful place and close to your family.

What gorgeous autumn colors and a great day to enjoy outdoor activity. Lovely to see your beautiful granddaughters. I bet you all had a fun time :-)

Beautiful fall colours. Great to see your beautiful grand daughters and their beautiful hair. Congrats for getting the medals. 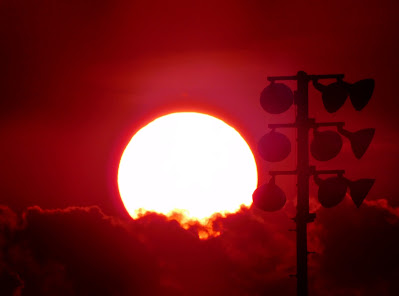