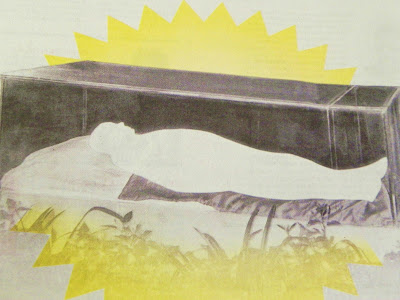 “I tell you, my friends, do not be afraid of those who kill the body and after that can do no more.”
Luke 12:4

I read in the paper that the body of Kim Jong Il is going to be permanently preserved and enshrined in the Memorial Palace (I shot this picture from the paper, my header is a sunset I snapped awhile ago). This is not as unusual as it may seem. Ho Chi Minh has been on display for over 30 years. Also Evita Peron, though people don't talk about it. She is thought to be the best preserved mummy in the world. I won't give the details, but it has to do with bodily fluids and wax. When Lenin died, citizens begged the government to find a way to preserve him. He has been on view since 1924. If you're thinking of visiting, the hours are between one and four P.M. These famous people are long gone from their bodies, but I suppose it is comforting in a way for people to be able to still see them, unchanged. What do YOU think?  The bible tells us that we will be changed, though.

"Listen, I tell you a mystery: We will not all sleep, but we will all be changed— in a flash, in the twinkling of an eye, at the last trumpet. For the trumpet will sound, the dead will be raised imperishable, and we will be changed.  For the perishable must clothe itself with the imperishable, and the mortal with immortality.”
1 Corinthians 15
at January 31, 2012 29 comments: 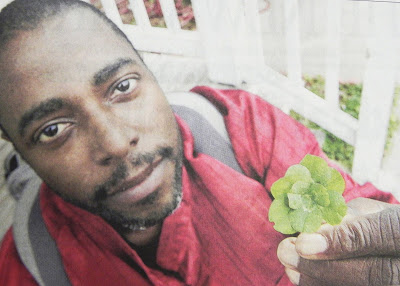 Today's post comes straight from our weekend newspaper. Meet Tony Williams, I snapped his photos from our local paper. Tony needs a heart transplant, and is wearing a backpack to power his heart while he waits. You might say he needs a little luck. And last Wednesday, that is exactly what he found. Right in his own front yard! See the extremely rare nine leaf clover. Very, very rare. Williams is keeping it in a cup of water for now, but is willing to donate it to a museum for kids and others to see. He enjoys hunting for four leaf clovers with his daughter. I hope he gets his heart, a little luck couldn't hurt.

“But God's not finished. He's waiting around to be gracious to you. He's gathering strength to show mercy to you. God takes the time to do everything right—everything. Those who wait around for him are the lucky ones.”
Isaiah 30:18
at January 30, 2012 33 comments: 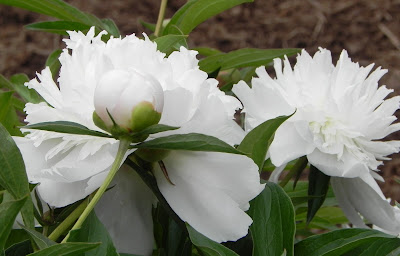 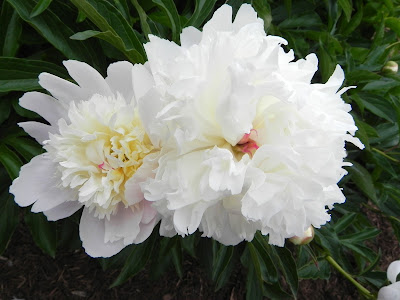 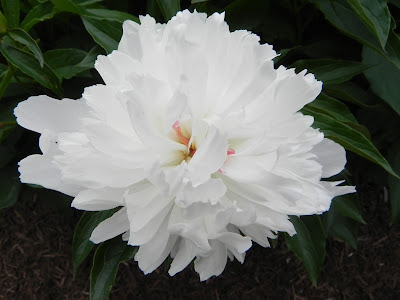 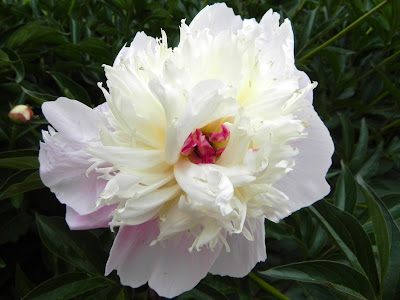 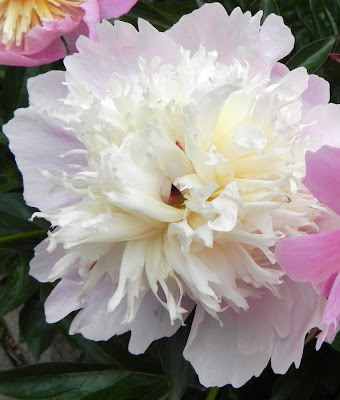 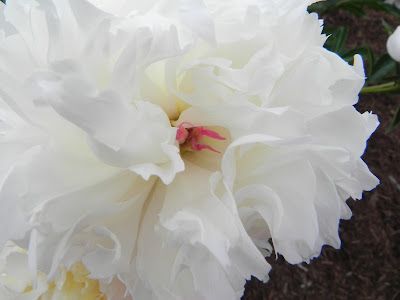 Peonies from last summer. I had a blast photographing these! 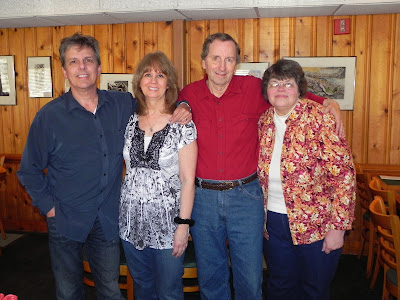 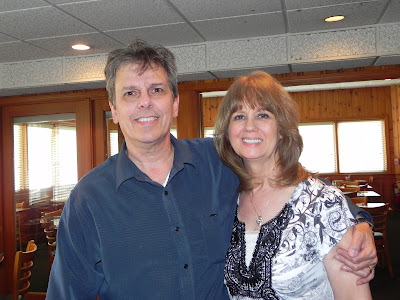 On Friday, we had the wonderful pleasure to be able to meet two blog friends who I have never met before! It is always so exciting to meet followers for the first time! Meet Gary and Bobbi, from the blog Gracie Owns Me. They were passing through town, and we met to have lunch at a local restaurant. It was like we were always friends. These two wonderful people are warm, thoughtful, and fun to be with! And both have a great sense of humor!! Bobbi's blog is about her daily life, told first from her point of view, then from her little dog Gracie's point of view. And very often Gracie's viewpoint of things does not agree with her mistress! I will admit that Gracie DID own me from the first time I ever read her Bobbi's blog. If you are so inclined, stop over and say hi to her from Ginny. You will always get a good laugh or learn something interesting.

"Just as lotions and fragrance give sensual delight, a sweet friendship refreshes the soul".
Proverbs 27:9
at January 28, 2012 33 comments:

The Ones Who Worry 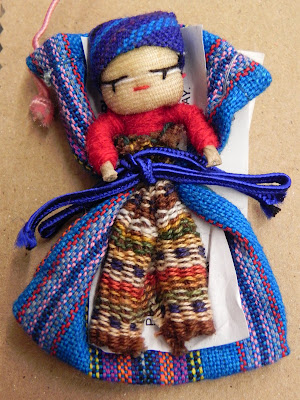 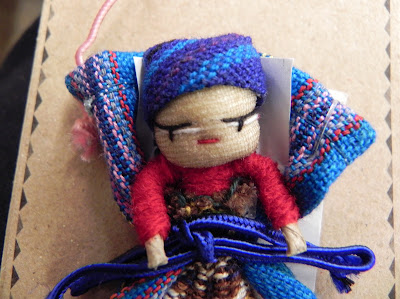 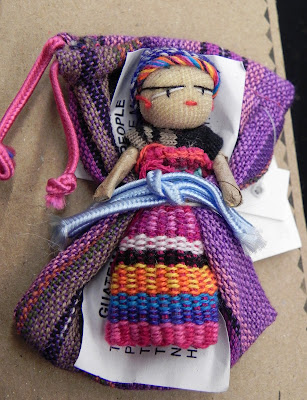 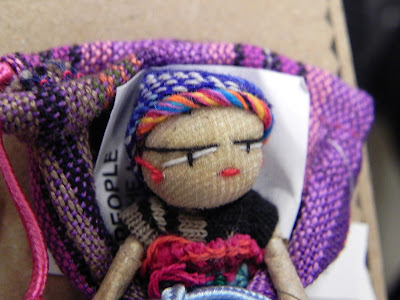 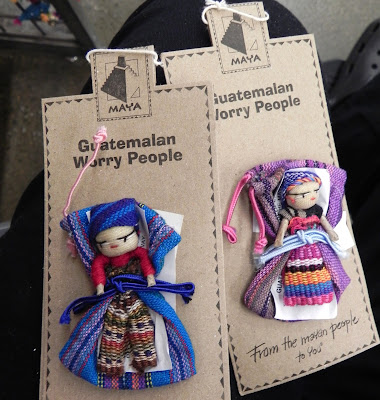 Take a close look at these dolls. Are they sleeping, maybe in pain? No, they are worrying! Meet the Guatemalan Worry Dolls, also called Trouble Dolls. I found these in a store yesterday and was interested in them. They are very small, about three inches high, and hand sewn by the people who live in the highlands of Guatemala. According to folklore, you tell each doll a worry in bed, then put it under your pillow. The doll will worry for you, leaving you free to sleep. Sometimes these dolls are used as therapy for children. This is a very old custom, and some families involve the children in making their own dolls. Little dolls taking your worries away...but I think this is a better way.

“Don't fret or worry. Instead of worrying, pray. Let petitions and praises shape your worries into prayers, letting God know your concerns. Before you know it, a sense of God's wholeness, everything coming together for good, will come and settle you down. It's wonderful what happens when Christ displaces worry at the center of your life.”
Philippians 4:6
I will be taking a blog break here on Friday, see you later on the weekend.
at January 26, 2012 43 comments: 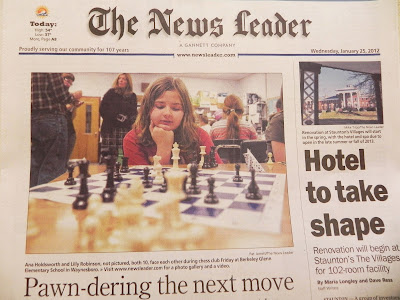 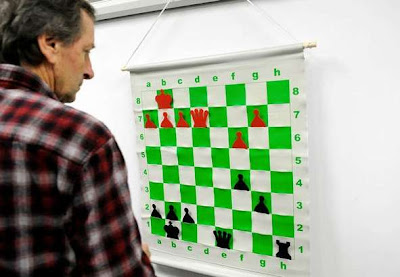 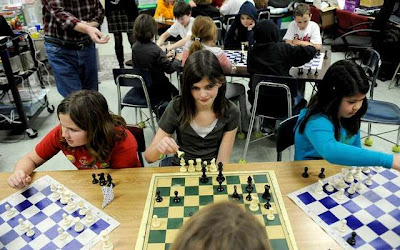 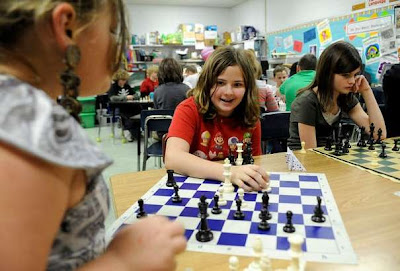 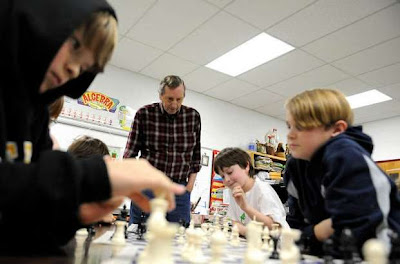 Phil teaches chess at a local elementary school as an after school extra curricular activity. He says learning chess teaches kids logical thinking, concentration, and patience. And I enjoy fixing up the kids little goody bags at different holidays. They have a tournament at the end of the year, too. As one of his students put it "With video games, there is not really a strategy except how fast you can move your thumb." Today Phil and his chess class were featured on the front page headlines of our local newspaper! They had come to his class last week to make videos, interview him, and take pictures. Now they want him to teach at two other schools. Here are some of the pictures from the paper today.

"Do you have any idea how powerful God is? Have you ever heard of a teacher like him? Has anyone ever had to tell him what to do, or correct him, saying, 'You did that all wrong!'? Remember, then, to praise his workmanship, which is so often celebrated in song. Everybody sees it; nobody is too far away to see it."
Job 36:22
“When Jesus concluded his address, the crowd burst into applause. They had never heard teaching like this. It was apparent that he was living everything he was saying—quite a contrast to their religion teachers! This was the best teaching they had ever heard.”
Matthew 7:28
at January 25, 2012 35 comments: 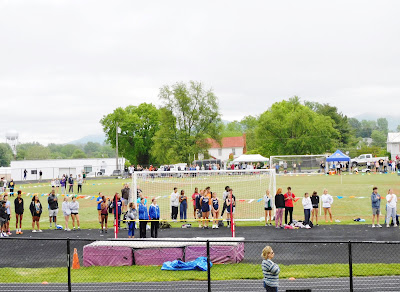