I couldn't resist snapping this animal string band. They are each so cute. It made me think of that old nursery rhyme "Old King Cole". That had three fiddlers, but there are five here. 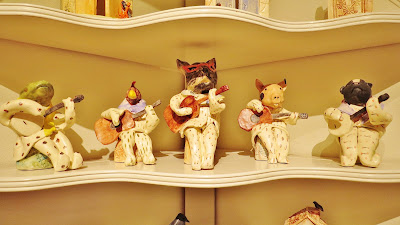 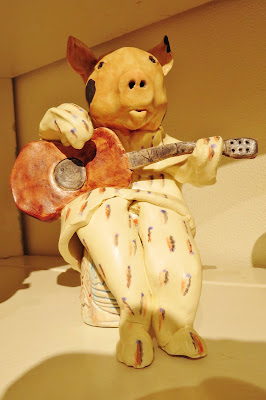 Oh, this set is so cute! I think I would end up getting them if the price is right! LOL..

These little fiddlers are so cute! I can't recall whether I have learned this nursery rhyme before.

They are so cute. I remember the Old King Cole rhyme well.

My daughter, eho collects pig figurines, would LOVE this one. Why look...it even has cloven hooves.

Fiddler three, are now Fiddlers Five,
I love that pig and the bear... so cute.... I had completely forgotten the rhyme until I read it.

Is that a rooster I see! They are so, so cute.

I love that - reminds me of when the kids were little and how I read to them these Mother Goose Stories.

I'm glad you couldn't resist getting these pictures.

Oh these are the cutest!!! hugs, lj

Ginny, these are soooooo darling! In many ways I wish I had a bigger house so I could have displays like this. But then I think about the dusting! :-) Love, Andrea xoxo

They are adorable! I can almost hear the music :-)

Oh boy, would I love to have this set of figures. I love the wood and homespun creativity.
You really find the cutest things to photograph.

You're right, this is a very cute collection and I enjoyed reading the Old King Cole lyrics again. I haven't seen those in years. Fun photos Ginnie, thank you :)

They are pretty adorable!

Riders On The Storm

The jet trail of a plane heading into a fearsome cloud! I was glad we were on firm ground only watching. 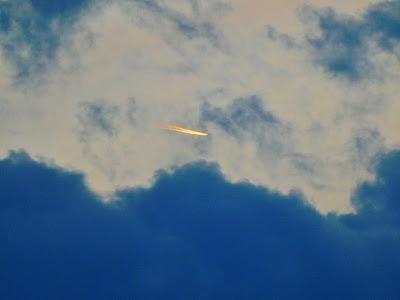