I forgot to mention that those flowers are not just out at Easter time, they are there all year! There are a few real ones, but most are fake. The lady who lived there was named Myrtle Cason. She bought the house in 2001, and has had all the flowers out front simply because she loved them. It was her way of spreading happiness. It became quite a tourist attraction. She moved into assisted living about a year ago, and died a few months ago at 89. She is survived by two sons, two sisters, and numerous nieces and nephews.  I don't know what will become of the house or flowers, but I will be keeping an eye on it. She certainly believed in an abundance of things she loved.  Here she is, as she was shown in the newspaper. 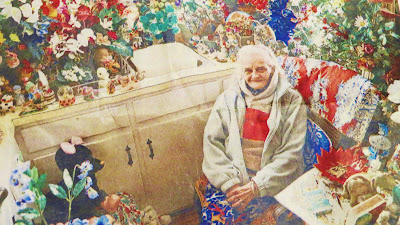 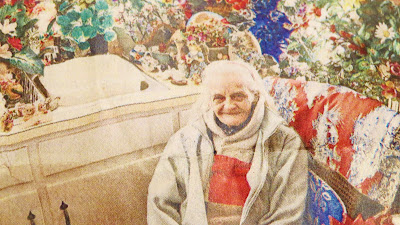 Here are some of the other items she mixed in with her flowers. 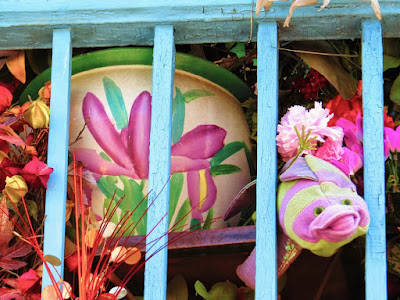 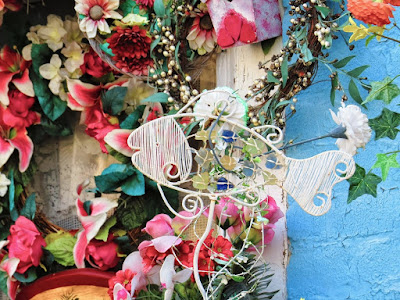 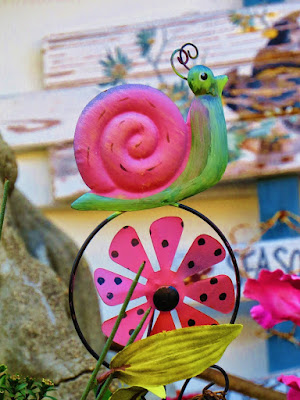 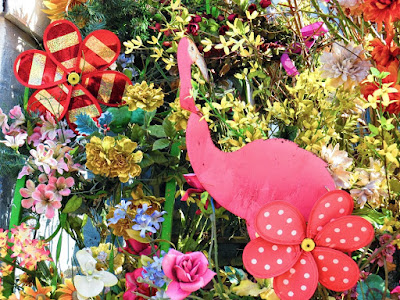 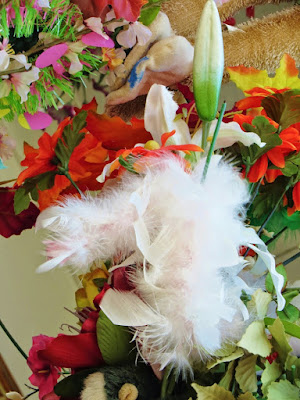 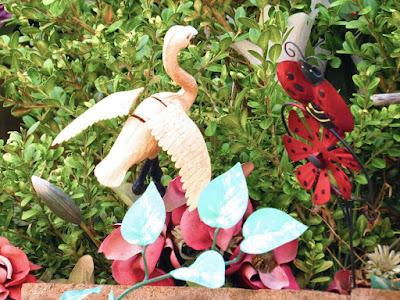 "How abundant are the good things that you have stored up for those who fear you, that you bestow in the sight of all, on those who take refuge in you."
Psalm 31

Happy among her flowers

How nice that she could surround herself with things she loved. I imagine all those flowers brought her great joy. I thought they were all real

Her passion on flowers, we can see that... God Bless...

She must have been a very cheerful lady and someone young at heart from all the flowers and cute things among the flowers.

What a character she must have been...full of love for others I am betting.

What a lovely story about the lady. She looks very happy surrounded by her flowers in the photo. xo

every close up you showed, fish and snails etc, are things my mother would have wanted and loved and collected if she could. she did not have the money to get these type things, but she would if she could. especially the polkadot flower made of material...

She certainly abundantly shared her happiness.

Very interesting. She knew how to spread the joy around, even while getting it herself.

She must have been a very sweet lady and had a lovely smile. This is a lovely story Ginny. Thanks for sharing:)

I love your quote too 😊 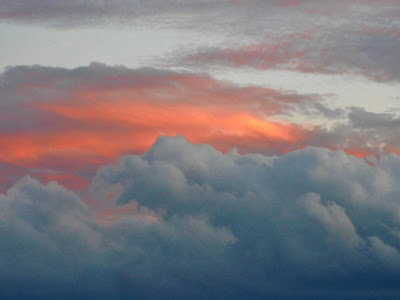