We were watching an animal show on T.V. the other day, about the animals in the Namib desert. This is your only clue. This was one of them, which I snapped from the T.V.screen. It fascinated me! Well, have you ever seen anything like it? Striped legs and long fur. To me, it looks like several animals all mixed together. I had no IDEA what it was, and maybe you don't either. Or do you? I'll tell you on my next post. 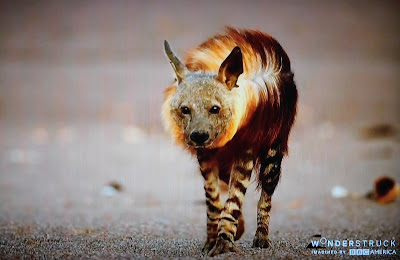 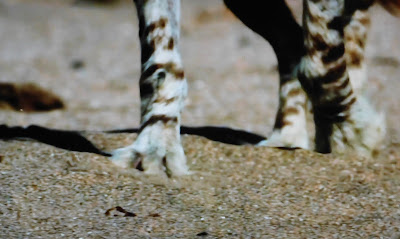 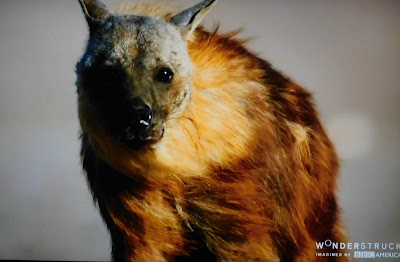 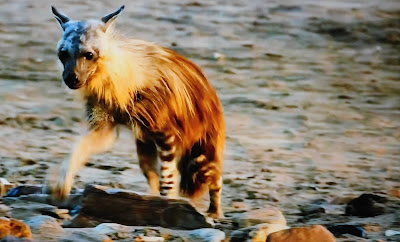 So God formed from the dirt of the ground all the animals of the field and all the birds of the air. He brought them to the Man to see what he would name them. Whatever the Man called each living creature, that was its name.

We watch these programs often...it's a S. H. (First letters only so as not to spoil your question for others)

I cheated and asked Google. I have the same answer that Anni does :)

we watched a movie, fiction of course and they were hunting one of these. I can't remember the name of the movie OR what this animal is called. I did not look it up, will wait to hear your answer and it does look like a combo of several animals. like frankenstein of the animal world

That looks so interesting. Now, I'm curious as to what it is. Can't wait to hear. I love animal shows like that.

Have a wonderful week.

I have NO idea but he looks interesting.

That animal looks like a "mistake" but God doesn't make mistakes so he's perfect in God's eyes.
Sue

But it goes well, with our Yellow Blog Look today. Both of us, have Yellow. -smile-

Hmmmm... you have got me, I will look forward to knowing.

These are great photos you took of the show. A fascinating animal. I shall enjoy learning what this is.

What a gorgeous animal, Ginny. I've never seen anything like it before. I don't much care for watching animal shows because usually the show entails saying what they eat... and then commences to show them stalking their prey, killing it, and then eating it. Nope... no can do. I wouldn't sleep for a week and you know how bad I sleep to begin with. *haha* But thank you for sharing these gorgeous pictures. I'll "watch" the animal shows thru your blog here! :-) ~Andrea xoxoxo

SInce I have no idea and am too lazy to look it up, I will go with some sort of Hyena.

I've seen this animal before but I have no idea what it is. So interesting!

I'm thinking a H, too. Namibia is one my travel list. Doubt if I'll get there, but I enjoy reading about it. Take care!

Haaahaha I am late to the party and am catching up with your posts from most to least recent, so I already know the answer. I still say that's one ugly critter! xoxo

As seen in our neighbor's front yard while coming in the house. Hmmm, just how can I get up there to the food? But frst, I have to smel... 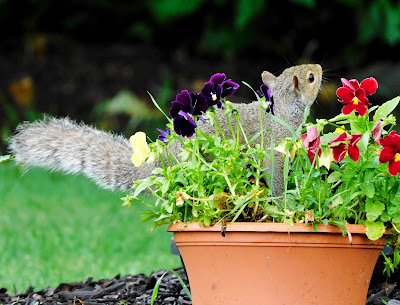